Joro Spiders Are Everywhere In Georgia – What Should the Georgians Do Now? 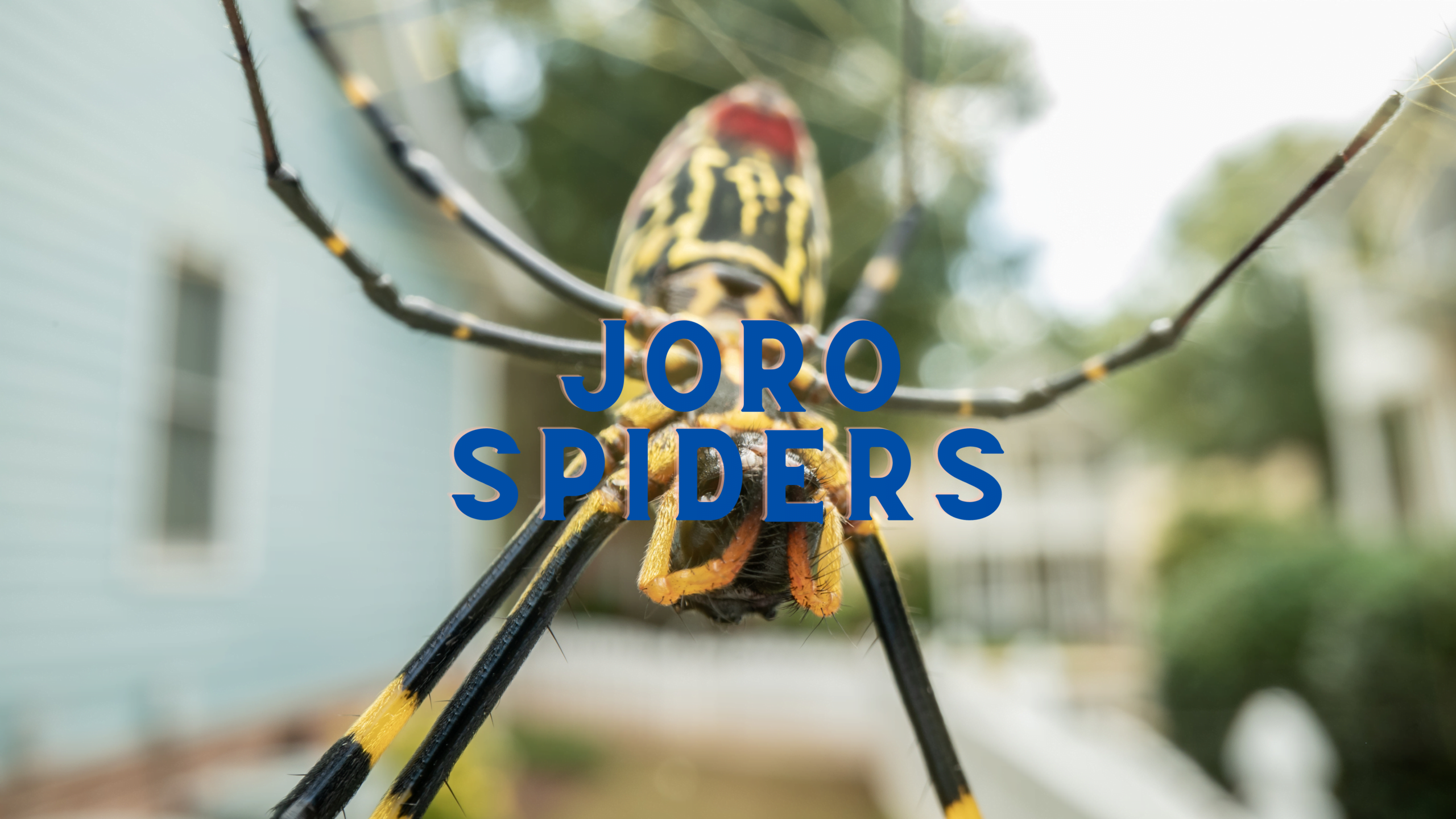 Home » Blog » Joro Spiders Are Everywhere In Georgia – What Should the Georgians Do Now?

What is the Joro Spider?

Joro spiders are everywhere in Georgia these days. People of Georgia often suffer from spider invasion at their residential and commercial locations. Nowadays, the Joro spider has created much chaos. It is one of the types of spider and is quite a creepy insect.

The scientific name of Joro spider is Trichonephila clavata. It was first discovered approximately 9 years ago in different countries. Among the different types of spiders, it is probably the creepiest one.

The Joro spider is a bit different than the other types of spiders. The first thing that discriminates is the size of the Joro spider. It is a large-sized spider with a length of up to 3 inches.

There are different colors in Joro spiders. The female Joro spider is commonly observed all around. If we categorize the appearance of the Joro spider based on gender, then you will recognize them. Female Joro spiders are bigger, having 1-inch bodies that are blue-gray and yellow with red markings on their abdomen and legs that extend up to 4 inches. Their long legs are black with yellow bands. Males are smaller and primarily brown.

The Joro spider was first found in 2019. It was found throughout Japan, Korea, Taiwan, China, much of northern Georgia, and western South Carolina in the United States. It is a large-sized spider with unique colors and is well-favored in Japan. In 2014, scientists confirmed the first known occurrence of the Joro spider in North America. Joro spider is commonly found in Australia also.

The Joro spider was first observed stateside around 2013. It has since spread across the state and Southeast. According to the latest research of the University of Georgia, the invasive Joro spider could spread through most of the Eastern Seaboard of the U.S. These days, the Joro spider has invaded Georgia extensively and is creating many issues for Georgia’s residents.

The climatic conditions of Georgia also support the metabolism activities of this creepy, invasive spider, which is another supporting point for this spider to invade massively in Georgia. If people do not put forward their efforts to get rid of these creepy and annoying Joro spiders, they will increase in numbers and create much chaos.

There are some benefits that these colorful spiders provide. The best thing about Joro spiders is they eat mosquitoes! Instead of Citronella torches, residents could install trellis’ and add a couple of Joro spiders. Joro spiders are also a new food source for mud dauber wasps which are also beneficial because they eat black widows.

Joro spiders are not harmful to humans. They are not aggressive and usually stay away from
humans. Joro spiders rarely bit any human. Their bites are extremely rare because their fangs are
not large enough to puncture human skin.

Joro spiders are venomous, but their venom is not toxic to humans. If anyone is allergic to it, then it might create issues. If you have any member in your family who is allergic to it, be careful in their matter and keep them away from all such creepy creatures.

The Joro spider builds what is called an orb web. Hence, it is also known as orb weaver. The web is made up of a series of orbs or spirals. The orb or spiraling section of the web is attached to the trees or bushes around it by mooring lines. It is, so the web will not collapse or blow away. Compared to the web of an ordinary house spider, the Joro spider’s web is the larger one. The web of an ordinary house spider is an inch or less in width. The bodies of most common house spiders measure just a half-inch to one inch in length. Their webs are so small that they are practically invisible unless someone inspects the corner of a
room.

Methods to get rid of Joro spiders

The safest method to eliminate the Joro spiders is to kill them with direct contact, though some prefer insecticide. Still, using insecticide can kill other insects in the area. The best practice is a proactive one, keeping the home clean and all food put away to avoid attracting spiders in the first place.

You can kill this creepy insect through direct contact. But, keep in mind that it is an invasive insect. In case the Joro spiders have attacked your house in large numbers, you need to consider other ways. If the situation is out of control, it is recommended to call the expert pest control and spider exterminators of Georgia. You can also use insecticide to keep them if the invasion is in its initial stage. Always use good-quality pesticides that are free from any contraindications. Also, spray out the insecticide thoroughly so it can target the Joro spiders and kill them.

How to treat Joro spiders?

Joro spider research claims that the Joro spider can exist in colder climates outside of the southeastern United States but does not imply they will soon be dropping from the sky in masses into backyards across the country. While there is potential for the Joro spider to move to and survive in cooler climates, there is no data to support that they will spread quickly. Due to their lack of medical and economic impact, control measures have not been necessary or established for Joro spiders. The Joro spider is a nuisance pest and does not present enough threat for pesticide applications. If Joro spiders and their webs are found on or around a structure, they can be removed with a broom or a cobweb removal brush.

Joro spider is everywhere in Georgia and needs to be controlled, or they can create severe issues. Handle them wisely and use an adequate amount of insecticide to kill them.

Do you have a spider problem? Call to get a free inspection!