Learning the Ways of Wasps 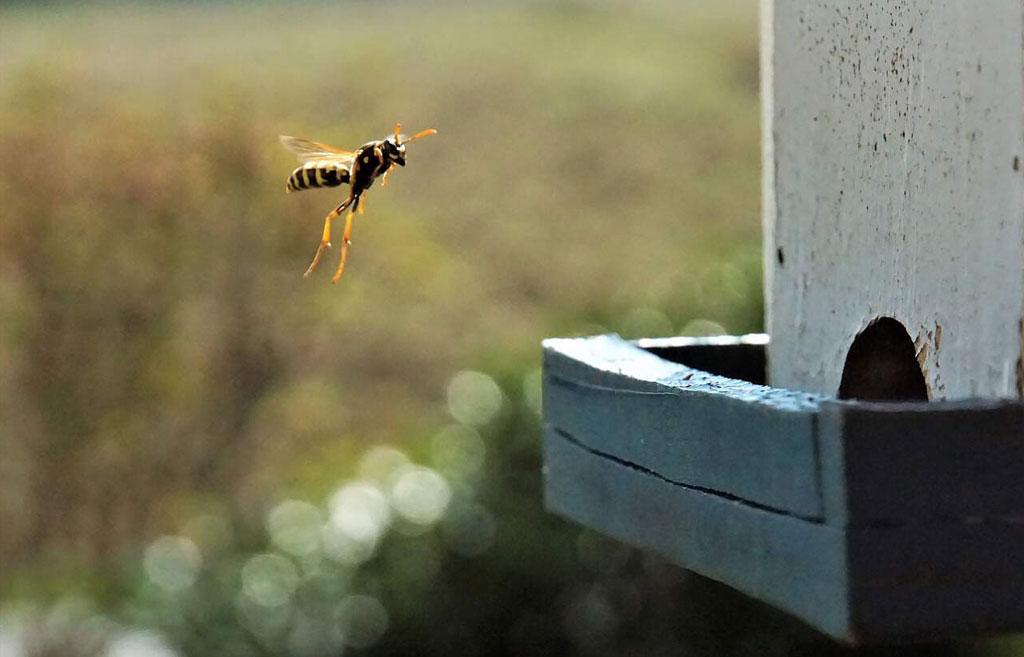 Chances are you have or know someone who has had a close encounter with a wasp. Although their sting… and even just hearing a buzzing in your ear… may cause you to jump, there’s more than meets the eye when it comes to wasps.

Here are a few insights on wasps, why they sting, and how to best handle them if you do encounter them in or around your home.

Where do Wasps Live?

Wasps live in paper like nests called cartons. These nests are made up of material such as paper, wood, and saliva. Since they are flying insects, wasps will build their nests in high eves to protect themselves from predators. Wasps are also known to build nests in protected areas such as electrical boxes, seldom used barbecues, and other patio furniture.

Yes, wasps definitely sting. Most of the time wasps will not sting unless they feel that they are trapped, threatened, or that their nest is in danger.

When wasps sting they will release a venom into their victims. When stinging other insects, this venom will paralyze the prey. The sting will also drive off larger intruders. Humans will each react differently to a wasp sting.

For most humans a wasp sting is not serious, however, for some it can cause serious and even dangerous results. It is always best to seek advice from a health care professional if concerned about a wasp sting.

What do Wasps Eat?

How to Treat Wasps?

Although they are stinging insects and should be treated with protective gear, wasps are not difficult to treat.

First off, you’ll want to treat the nest by killing any eggs and adults living in or near the carton. Once properly treated, it is very important to remove the nest. If treating the nest on your own, it is always best to do so in the night time.

Once wasps retreat back to their nest, they are not active during the night, therefore making it less dangerous. This way you can kill the entire colony while they are resting. If this still isn’t a possibility, call Arête Pest Control. We specialize in taking care of wasps near your home.