Arete Pest Control offers unparalleled spider control service in Alpharetta, GA. We understand the species and know-how to ensure their removal from your property for good.

We conduct a thorough inspection of your home exterior, looking for any webs, cracks in the building, & crevices, specifically around windows & doors, which can serve as an entry point.

Then we look for any bushes/vegetation touching your house, like a long bush of a tree extending to your balcony, which may facilitate entry of spiders.

Our experienced exterminator applies trusted and safe products to all the entry points and potential pest harbor areas outside your home. The trusted products are safe for your family and provide guaranteed results.

With over five years of experience in the area, we know how to exterminate and ensure the non-recurrence of spider infestation in & around your property. We are a local company serving in Alpharetta, GA. 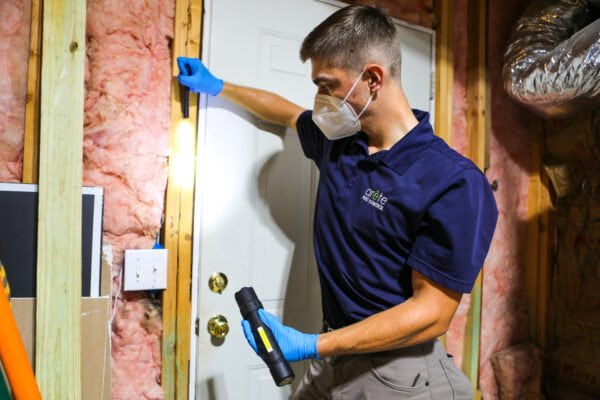 Our residential pest control services in Alpharetta, GA, are geared towards preventing spider problems, protecting your health, and safeguarding your property.

You can expect to be greeted by a friendly certified technician who comes with a fully equipped truck to handle any spider infestation problem from the moment we arrive.

A standard treatment can never be universally applicable to all scenarios, and therefore, to be effective, the treatment needs to be toned to the specific needs of your house. Once we perform a thorough sweeping of spider webs from your lower eves, you can rest assured that the problem will be eliminated – our certified staff will provide free of cost service in case of any re-occurrence. 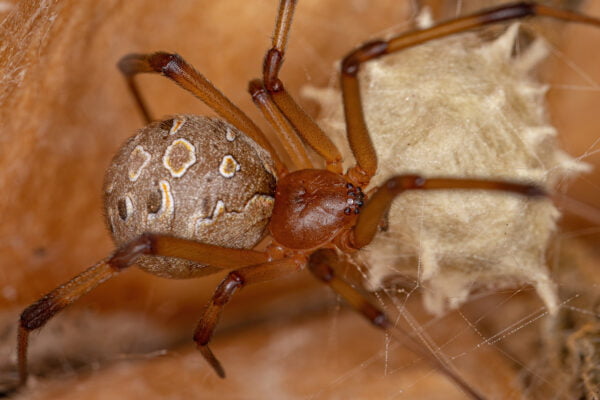 Most spiders are predators. They prey on insects & other spiders, whereas some larger species also prey on birds & lizards. They possess eight legs and have a pair of jaw-like structures, which host a hollow, claw-like fang at the end. These fangs are used to inject venom into their prey.

Therefore, some spiders are associated with moisture and are typically found in basements, crawlspaces, and other damp parts of buildings in Alpharetta, GA.

Others live in warm, dry places such as subfloor air vents, upper corners of rooms, or attics. Most species hide in cracks, darkened areas, or other retreats constructed of silk.

Most spiders are not dangerous to humans, except the black widow, hobo, and brown recluse spiders – these species do not create cobwebs indoors. Further, the agrarian sac (or yellow sac) spider can cause painful bites, redness, swelling, and itching.

They love to make their web near areas of other pest activity, such as ants, flies, moths, and even other spiders, as this is their primary food source. Kitchen shelves, food storage, etc., need to be covered, sealed, and cleaned properly so that other pests do not thrive in your home.

The presence of tiny pests will eventually result in the arrival of spiders in your home. Alpharetta, GA, is likely to host many insects because of its favorable climate. Therefore, managing food sources will require continuous monitoring.

Do You Think You Need A Spider Control Service?
Take This Short Quiz To Find Out Now!

Mosquitoes thrive in the ponds and other locations where water is lying still; they are responsible for spreading malaria, dengue, and other diseases. Draining marshes and reducing the accumulation of standing water and regular pesticide spray will help prevent mosquito population growth.

However, you need to remain wary of the harmful effects some pesticides may cause. At Arete pest control, we only use kids and pet-friendly pesticides, so your family enjoys a mosquito-free house with no pesticide side effects. Call now for a free visit/consultation. 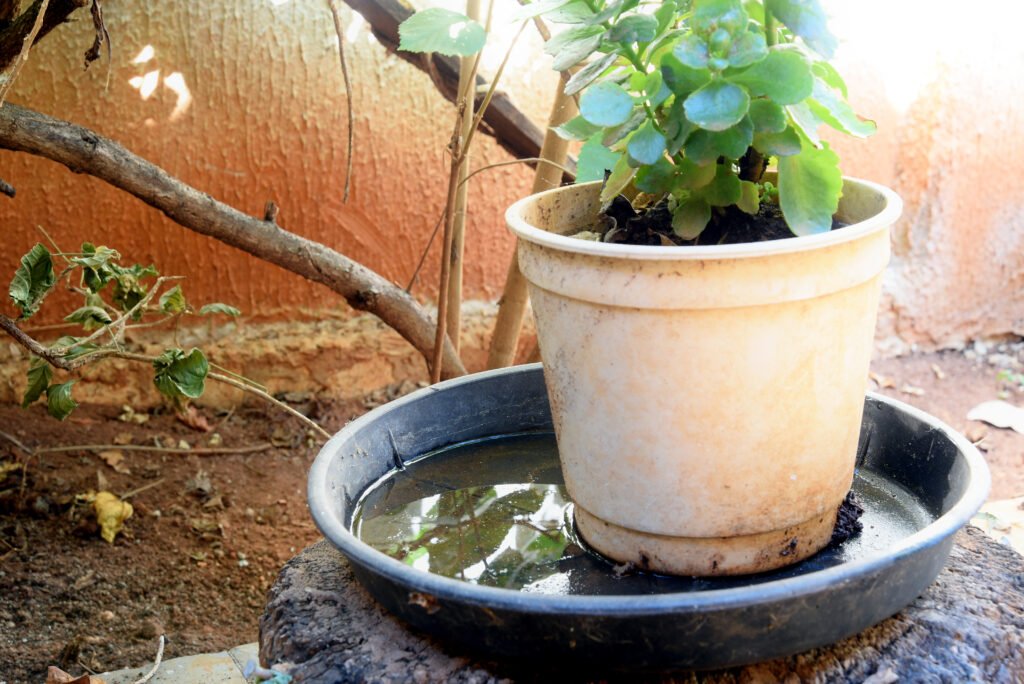 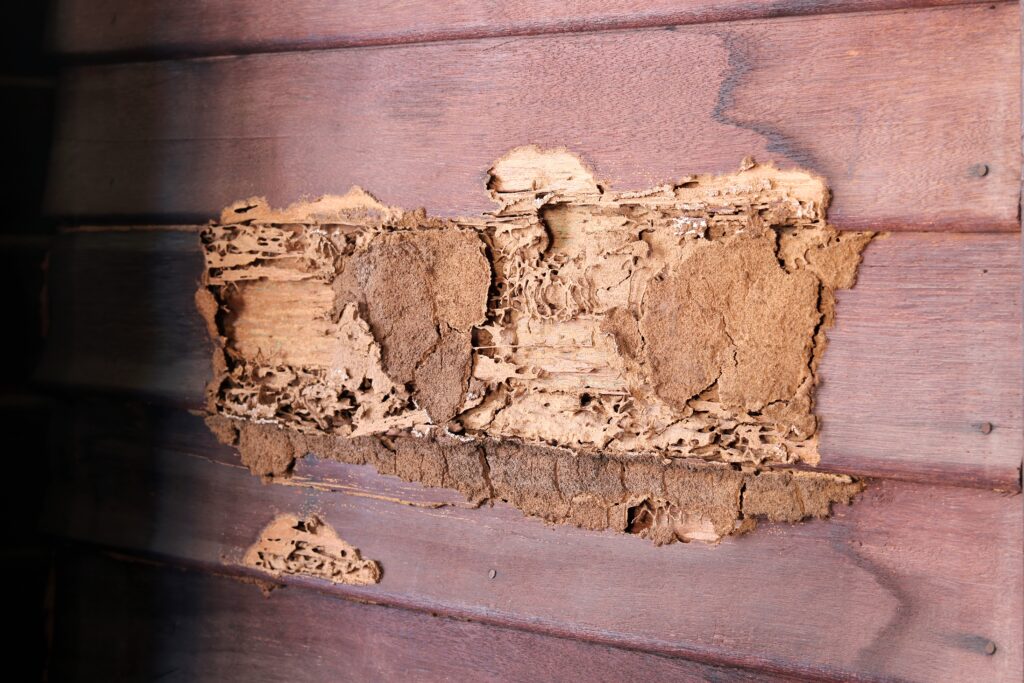 Bed bugs feed on blood, usually at night. Their bites can result in skin rashes, psychological effects, and allergic symptoms.

Getting rid of bed bugs is very daunting, as they can survive up to 70 days without food. However, treated at the hands of experts, the problem can be contained.

Arete pest control offers guaranteed bed bug control in your area, and you can consult us free of charge on our helpline. Let us control this menace for you while you and your family enjoy their peaceful sleep.

Call Arete Pest Control today and get the best spider control services at your doorsteps. 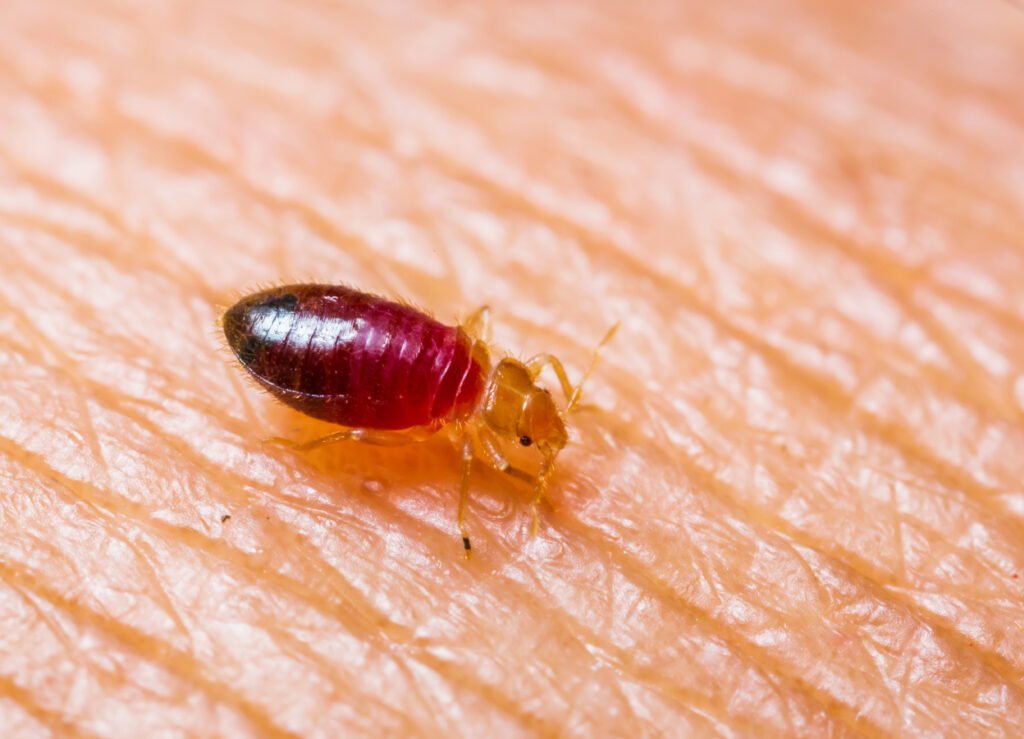