Pesky wasps are a common reason our customers seek our services in Buford, GA. Wasps are especially annoying in summer weather. They tend to swarm near their nests, which are usually built outdoors in trees or underground. If you’ve spent much leisure time in the Buford Nature Reserve or any local parks, then you’ve probably been pestered by wasps.

Paper wasps are common in Buford, Georgia. These pests include several species of wasps. Wasps are slimmer than bees and have smaller waists. Most paper wasps are brown. They have either yellow or reddish markings on them. These wasps have six legs and a set of antennae.

Wasps live in small colonies. Most wasps make their nests out of chewed-up wood, and the nests have a papery feel. Some species use dirt or mud to build their nests. Wasps prefer to make their nests outdoors. However, sometimes wasps come inside a building or other structure. Wasps in a house are among our customers’ chief complaints in Buford, GA. Wasps sometimes build nests in sheds, garages, or even inside people’s homes. Wasp stings are painful and feel like small needle pricks. If you have a wasp control problem, call us at Arete Pest Control. Our trained technicians will locate your wasps’ nest(s) and exterminate the wasps for you. 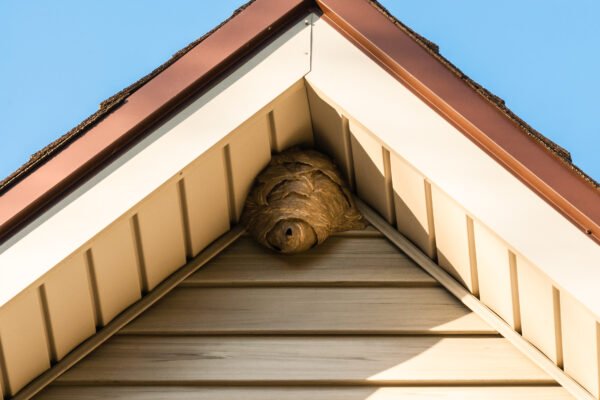 Arete Pest Control is a well-respected company that handles wasp extermination for residents in Buford, GA. We guarantee our wasp control works. If we treat your property for wasps and the pests return, call us back to redo the work.

Arete Pest Control provides high-quality wasp control in Buford, GA. Our trained and certified technicians safely locate wasps’ nests and exterminate the wasps. When you purchase a wasp control plan from us, you can rest assured that we will save you the time and effort of handling a wasp infestation.

To deter wasps, you can purchase scented oils and candles. Herbs like basil and thyme have also been known to deter wasps. However, if you have fruit trees or flowering plants in your yard, it will be difficult to get rid of wasps. This is because wasps are attracted to floral smells, and they feed on fallen fruit.  If you have a wasp control problem, call Arete Pest Control. Our technicians are trained to safely treat wasp infestations.

Trustworthy Wasp Control and Wasp Treatments in Buford, GA: Customers rely on Arete Pest Control in Buford, GA. When you purchase our plan, we provide a warranty and a guarantee on the work. We vow to use the most effective methods to get rid of your wasps. If wasps return after we’ve treated your residence, call us back to redo the work. 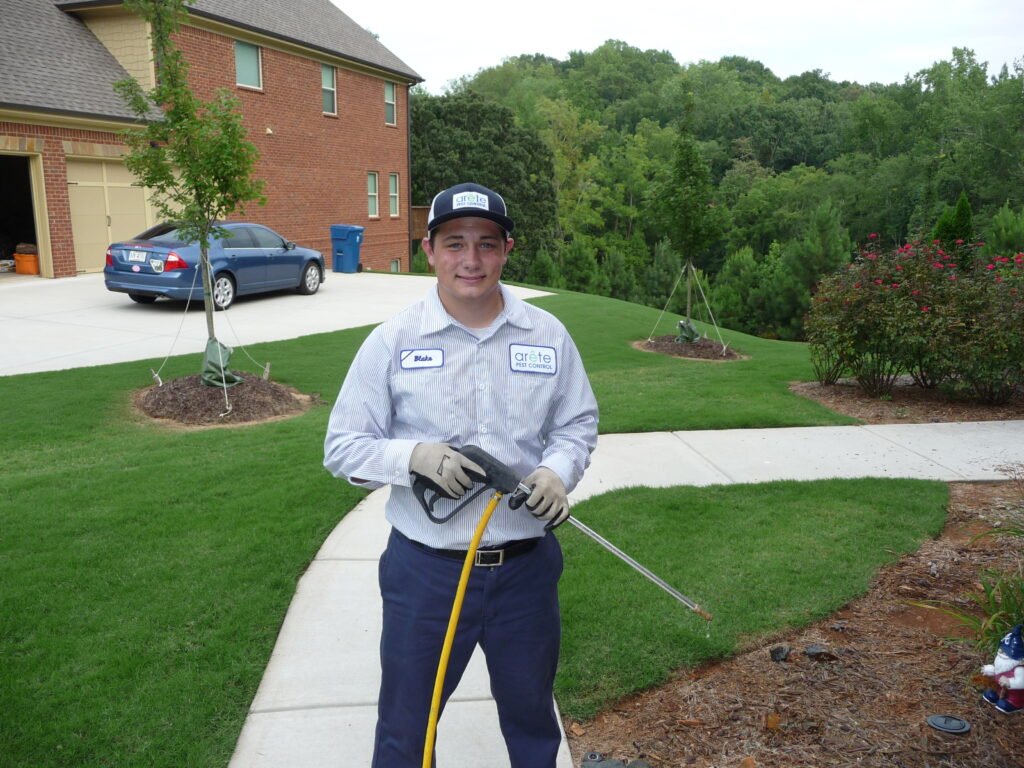 Yes, yellow jackets are an aggressive wasp. Sometimes you’ll see yellow jackets swarming around garbage bins or recycling bins where sugary substances are stored. They sometimes nest in tree stumps or logs, but they most often build nests in the ground. These underground nests are often hidden from view and hard to detect. Sometimes people walk past a yellow jackets’ nest without even noticing them. Getting too close to a nest can be dangerous because the yellow jackets might see you as a threat and swarm you.

Wasps sting. Though most wasp stings aren’t harmful to humans, some people do have allergic reactions to the stings. If you struggle to breathe after being stung by a wasp, seek emergency medical care. You should also seek immediate medical care if your throat feels as if it’s closing up, you feel dizzy or lightheaded or you notice abnormal swelling on your body. However, in most cases, a sting can be treated with basic retail medicines, such as hydrocortisone cream and antihistamine. These medicines reduce the swelling and itching caused by stings.

No, wasps don’t die after they sting. They don’t leave their stinger inside of you, so this allows them to sting you multiple times.

Wasps are extremely helpful to our environment. They are pollinators. This means they move pollen from one flower to another flower, which helps plants reproduce. Wasps also eat other insects, such as crickets and beetles, which keeps those insects off of your garden plants. Because they prey on insects, wasps are responsible for helping to keep insect populations down.

Mosquitoes love hot weather, water, and forests. Buford has all of these things in abundance. Buford has many wonderful parks, such as Ivy Creek Greenway. If you spend much time outdoors, you’ve undoubtedly noticed swarms of mosquitoes in the area. You may even have a mosquito problem on your own property. To reduce your mosquito population, you can use retail sprays and repellant candles. However, you will have to constantly replenish these items to deter mosquitoes. It’s best to call in an expert. At Arete Pest Control, we have a specialized mosquito spray that effectively lowers mosquito populations. We will even return to your residence as needed to redo the work. 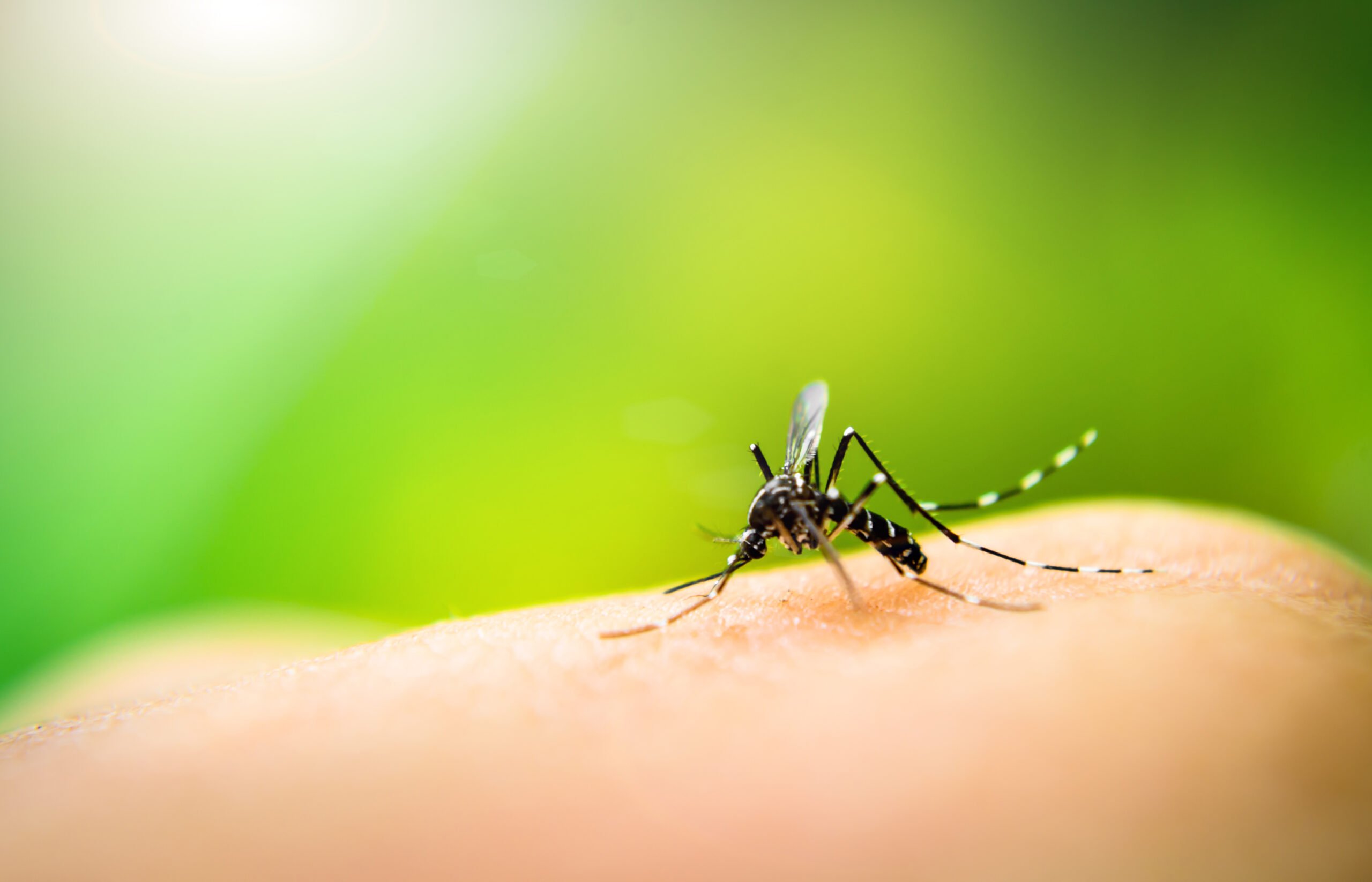 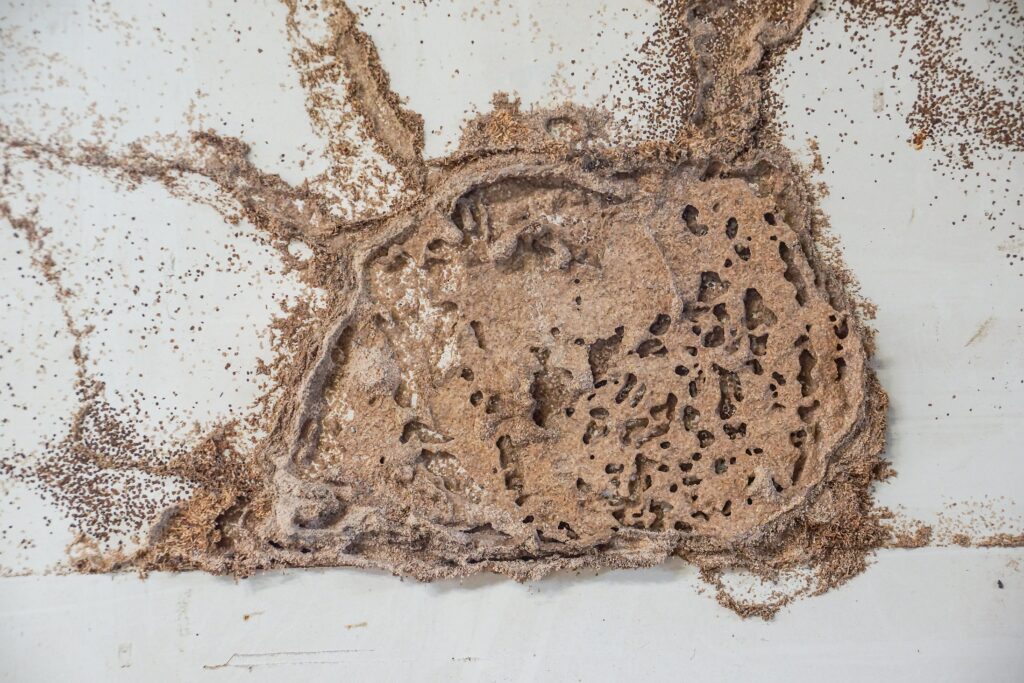 Termites are among the most dreaded pests for our customers in Buford, GA. Termites can cause structural damage to a home. If you have a termite problem, it’s important to get it treated immediately. Leaving a termite infestation untreated allows the termites to cause extensive damage to your home. In the worst of cases, walls and floors can collapse. Termites range in color from white to almost black.  You can often hear termites when you put your ear to the walls of your home. In many cases, the termites make clicking, rustling or rattling sounds as they travel through wood and eat wood. Termites are difficult to exterminate. It’s best to call an expert. Our experienced technicians at Arete Pest Control will handle your problem and give you peace of mind.