Arete Pest Control offers thorough and courteous wasp control for residents of Duluth, GA. Wasps love hot weather and flowering plants, which makes local parks like Bunten Road Park and Shorty Howell Park popular with wasps. Wasps are also attracted to the sugary substances often found in trash bins and recycling bins. Wasps nest in trees, logs, and underground. Sometimes they come indoors to nest in porches or sheds. Wasps in a home are also a common complaint for our customers in Duluth, GA.

Wasps are flying insects, and they have thin waists. They live in colonies and are often found swarming around their nests. Most wasps make their nests out of chewed wood, though some make nests from dirt or mud. Wasps in a house are among our customers’ most common complaints in Duluth, GA. People are often afraid of wasps because their painful stings feel like needle sticks. Some people have allergic reactions to wasp stings. If you have a wasp control problem, call us at Arete Pest Control. Our trained and certified wasp exterminators will use our special spray or dust to eliminate wasps on your property.

Paper wasps are among the most common wasps found in Duluth, Georgia. Like most other wasps, paper wasps have a narrow waist. Paper wasps have six legs and a set of antennae. They are brown with either reddish or yellow markings on them.

Some homeowners use plants like bay leaves or lemongrass to deter wasps in Duluth, GA. You can also buy candles and scented oils to use in your yard. However, if you have flowers and fruit trees, it will be difficult to eliminate wasps. Wasps are attracted to the smells given off by flowers and fruit. If you have a wasp control problem, call Arete Pest Control to exterminate your wasps.

Customers choose Arete Pest Control so that they can take advantage of our wasp control warranty and our guarantee. We use only the most high-quality dusts and sprays to exterminate wasps. If wasps return after we’ve treated your residence, call us back. We will redo the work. 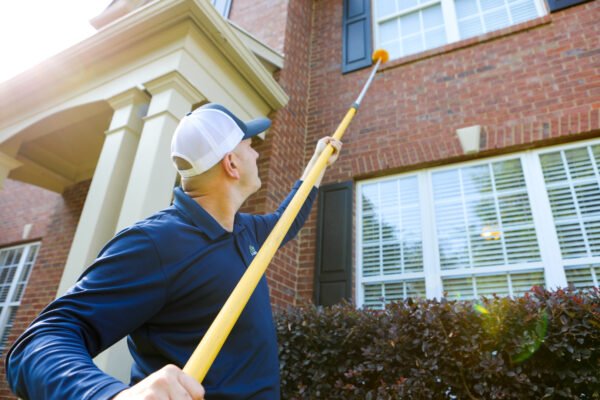 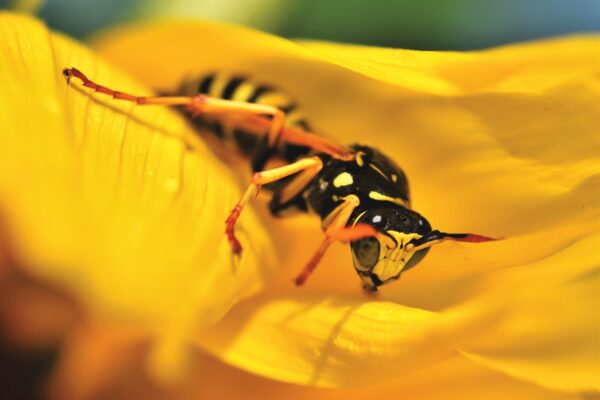 Arete is a professional pest control company serving Duluth, GA. When you purchase our wasp control plan, we will provide both a warranty and a guarantee on the work. If we treat your property for wasps and the pests return, call us back at Arete Pest Control. We will return to your residence to redo the work.

We proudly employ certified technicians to serve our customers in Duluth, GA. We remove wasp nests and exterminate the wasps. When you purchase a wasp control plan from Arete Pest Control, we will ensure that your home is protected from wasps.

Wasps do not leave their stinger inside you, so this allows them to sting multiple times. No, wasps do not die after they sting you.

Wasps are helpful to our environment. They pollinate plants by transporting pollen from one flower to another. This helps plants reproduce. Wasps also eat pests like crickets and beetles. When wasps feed on these pests, they keep pest populations down and help keep pests from destroying crops and garden plants.

Wasps sting. While most wasp stings aren’t dangerous to humans, some people have allergic reactions. Call 9-1-1 if you have trouble breathing after being stung. You should also seek emergency medical care if you have unusual swelling or your throat starts to close up after a sting. Other symptoms for which you should seek emergency medical treatment are breaking out in hives, dizziness, lightheadedness, nausea and vomiting.

I have been using Arete Pest Control for my home in Duluth about a year and half now. Mr. Steve is the best one, very responsible person. Anytime he came over my house he does a great job. He always goes above and beyond.

Very pleased with service, they stayed on top and guaranteed all work they did. Very satisfied and always refer them to other people around Duluth areas

Bed bugs are a big concern for our customers in Duluth, GA. Bed bugs most often get into homes on people’s clothing, in luggage or in used furniture. Always check your luggage and any used furniture before bringing it into your home. The bugs hide during the day and come out at night to feed on human blood. Bed bugs are about the size of an apple seed and they are reddish brown with flattened bodies. The bugs are difficult to exterminate because they can hide for months without feeding. If you have a bed bug infestation, call Arete Pest Control. We are certified bed bug exterminators. 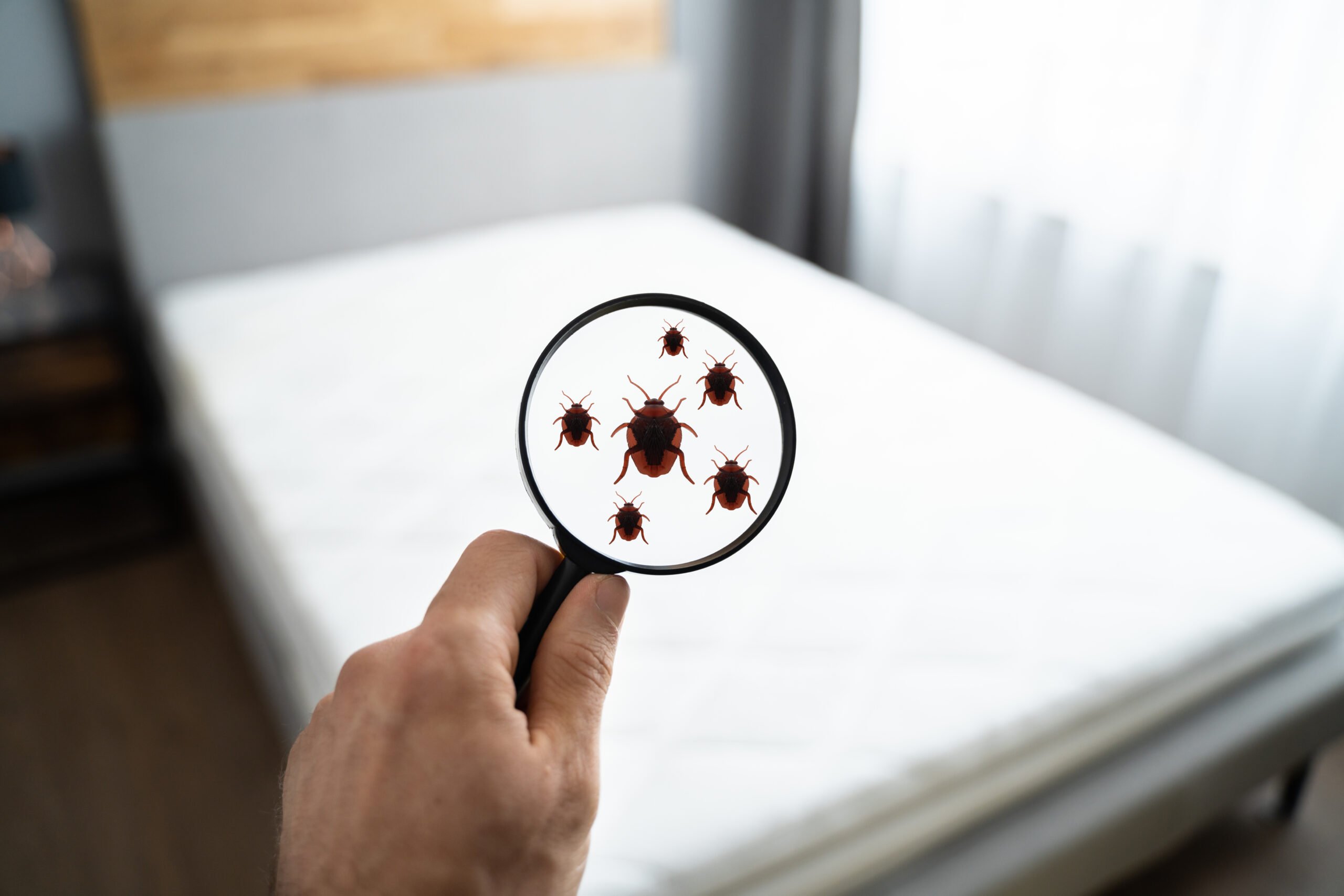 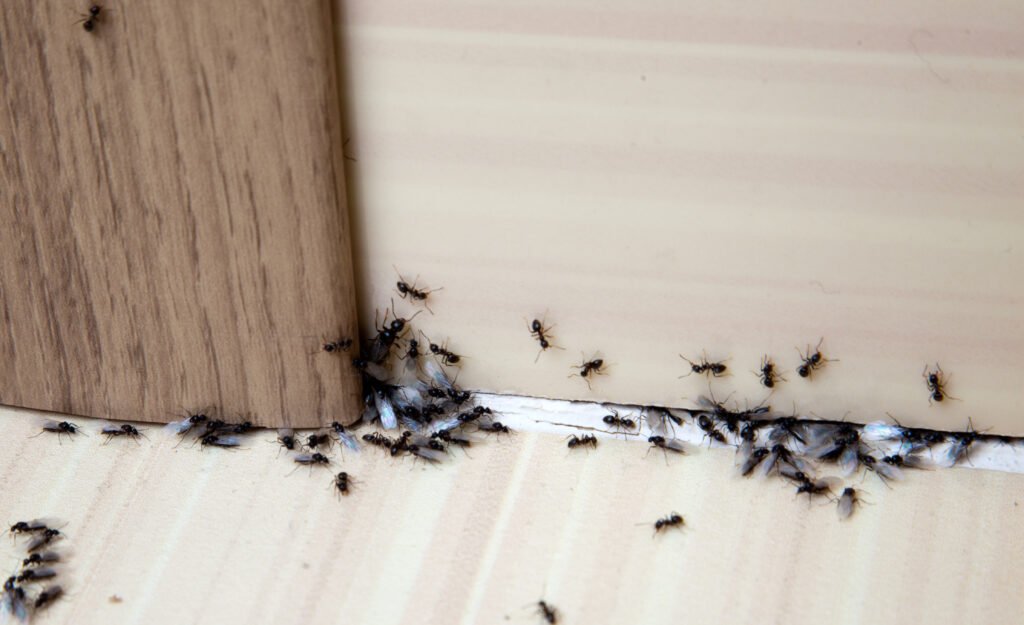 Ants are both indoor and outdoor pests. They invade gardens and build mounds around people’s properties in Duluth. Certain types of ants can also get into the wood of houses. They can carve holes in wood and build their nests there, which causes structural damage to a home.  Ants tend to contaminate food sources when they come indoors. To deter ants, be sure to keep floor crumbs swept and mop up any drink spills. You can buy chemicals to use for outdoor ants, but you must be careful to follow all instructions on labels. Some retail products aren’t safe to use indoors or around your pets. It’s best to call in an expert for help. If you have an ant control problem, we have the solution at Arete. Call us today for ant extermination.